Tuesday night the club had a critique night where our three club judges where prepared to give an informal opinion on any images presented to them.

Members were invited to send in two images that they would like to have comments made on.

Our judges for the evening were Julia, Kathy and Alan.

There were thirty five images shown on screen entered by eighteen members but in this blog I have just included one image from each person.

The first image shown was by Nick Long

Perhaps a lemur said Alan, unfortunately there is a shadow over the eyes and they lack the sparkle they really needed.

The next shown was by John Timbrell

Kathy said the diagonals worked well and it was intriguing where the other leg was. Nice textures in the pavement but perhaps a closer crop to bring them out and maybe a clean up of some of the chewing gum. Well seen by the author. (Are they drainpipe trousers ? lol)

Next image was by Derek Green

Quite a humorous one said Alan. The bird in front looks angry, the composition worked well.

Perhaps lightening up the shadow underneath and possibly sharpen the lead bird’s eye. 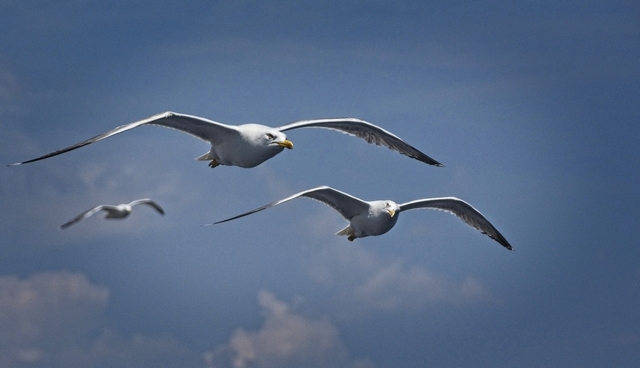 The next image was by Carol Haines

Julia said with landscapes they need to stand out. The sky is a lovely blue but the colour of the water seem to clash. Perhaps pick an evening temperature as it looks cold on the top but clashing with the warmer green of the lake. The diagonals work well. 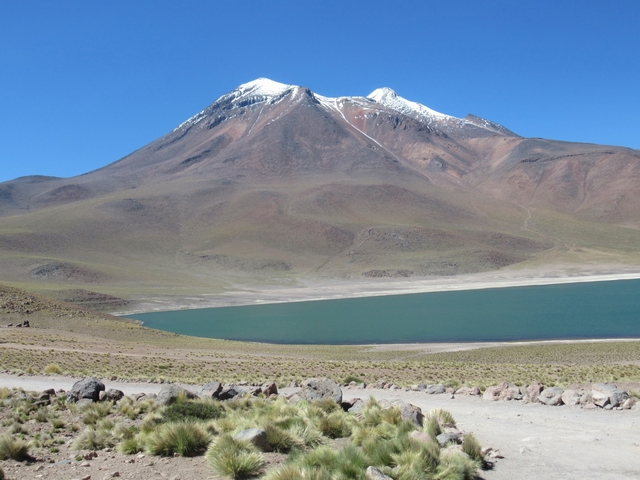 The next image was by Chenxi Ni

It has a key line which is needed with a black background like this against a black projector screen. The key line is missing at the bottom but that is just software causing it but would need to be corrected in competition. Great detail in the feathers and an unusual pose said Alan. The reflection in the water showing the bird makes this image stand out.

The next image was by Sue Brown

The landscape stands out as it has all the shapes circles and squares for the eyes. The water comes in and sweeps the eye along the water line. Perhaps a small crop of the sky at the top which is not doing anything may give an improvement. 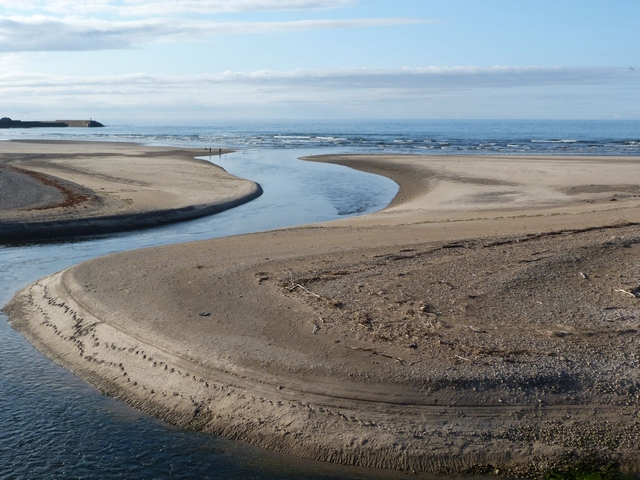 The next image was by Steve Howell

A baby robin and well framed said Alan. Perhaps tone down the grey bottom and the bright leaves behind the bird. A good specimen shot and a good scoring picture.

The red arrows action shot. Very simple but well done. All the smoke trails are in, with all the planes and the grey cloud enhances the picture.

Julia suggested it may be worth mirror imaging the frame to make the planes go from left to right, as the eyes finds that more appealing. 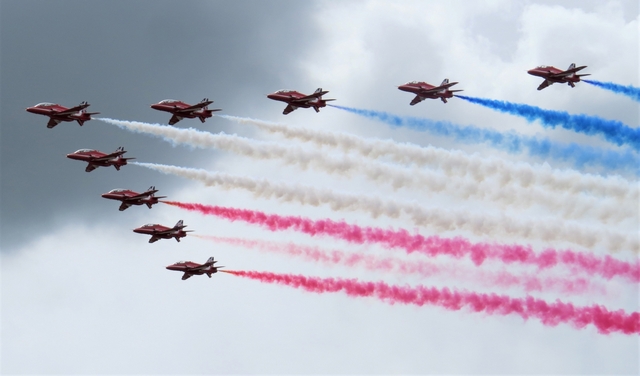 A painted lady. A beautiful butterfly well defined but the purple flower in the background is distracting the eye away from the subject and perhaps needs toning down a little.

Another silhouette shot for Alan to look at. Alan thought this was the time to have a zoom lens. The lead elephants although in the sunset are being lost in the rocks. Standing up or sitting down the photographer was going to have difficulty capturing the complete elephant silhouettes. Perhaps the elephants on the left would have been  better to photograph to avoid the confusion at the front.

Apparently Barry took this using a strobe flash over a long exposure setting. Kathy thought showing a little more of the wood on the left would help the image. Entertaining but probably not a winning picture. Alan said the picture stood out for him and was well executed.

Julia said a lovely lead into the lighthouse with the railings and cobbles. The lighting is a little tight at the end but the warm brown and the cool sky work well. Kathy said the line going down the image to the lighthouse needs to be straightened in the software.

Julia said a fabulous action shot and the flag positions worked well with the rider. Julia pointed out that rider fits nicely between the flags and they are not sticking into the riders head which would have been a problem. Julia was not sure about the blur behind the rider but it could be smoke. Perhaps the yellow flag could go as it may be distracting from the subject.

Aylesbury town in the evening sunset and may have been taken on the summer visit with the club. The direct sunset is reflecting on the windows. Kathy said perhaps to clone out the yellow street lines.

A fly is sitting on a nicely shaped leaf and taken as a macro shot. A well seen quality shot where the light is flat but it helps in this case. Perhaps add a vignette to the corners to draw the eyes into the fly, said Alan. 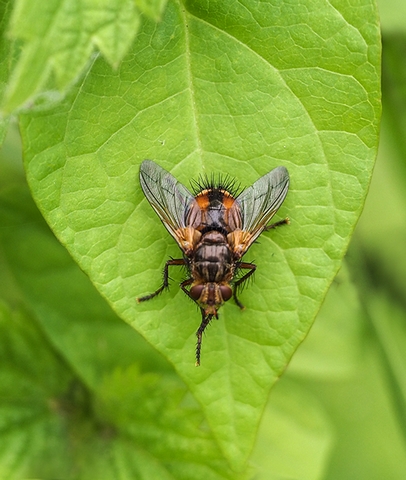 This is all about architecture, textures and lines which create shapes said Alan. He would perhaps sit in front of his computer clone out the railway gantries and play around with the image. Julia said the stonework on the tower and the metal on the bridge gives a nice sharp feel to the image. 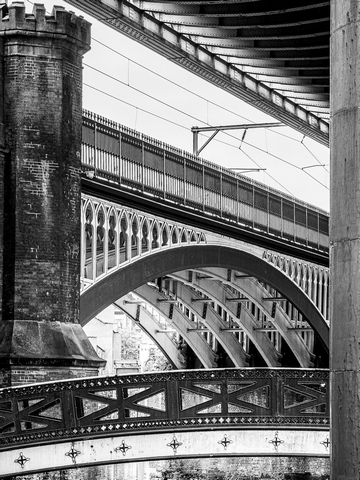 A red kite said Julia and am intrigued as to what it is holding. Normally the kite in flight holds it claws back when holding any prey. A fast speed shot which does make the bird look static. The wings are nicely spread out and the author has lightened underneath the wings to show detail. 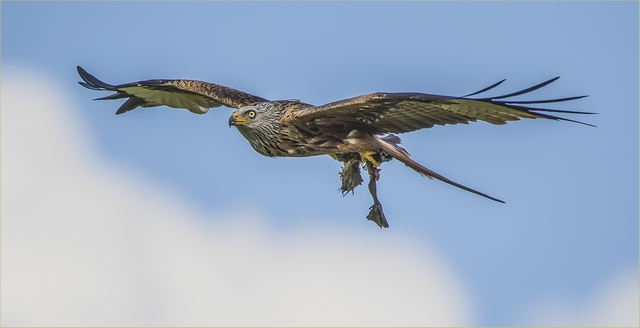 A robin said Alan that would appear on any Christmas card to your friends. The background is nicely out of focus and being white also works well. Alan loved the texture of the snow.

Hopefully I put at least one picture from all members that contributed for the evening and thank you to Julia, Kathy and Alan for their advice during the evening.

In preparation for the first club competition of the season on the 15th October, this will be a tutorial session on preparing your images for competitions. This will include:

We will also look forward to competitions other than the internal club run events you might want to look at entering this season.