And the good weather continues.

Well the 100% weather success of the summer programme continued for the second meet of the year. It was good to see a large number of people turn up for the Wendover Arm nature walk on Tuesday. The sight of a horde of cameras (or maybe the blinding glare from the shorts wearing individuals) did seem to have the effect of lowering the hoped for bird count, but there were still enough for people to photograph. Mandarin, grebes, coots and moorhen – or as one member said “I’ve seen pretty ducks, ducks with white beaks, ducks with red beaks… I’ve seen ducks”.

An unexpected twist to the evening was the impromptu dog event that gathered everyone together in the setting sun to photograph a pair of long haired dogs simply messing about in a beautiful field of buttercups. That is until the final decision of “pub” was called. 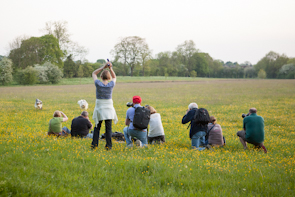 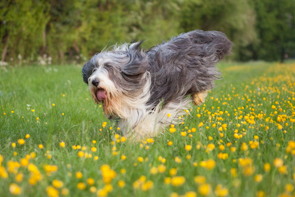 So fingers crossed for another balmy summers evening at the next meeting on the 5th of June.